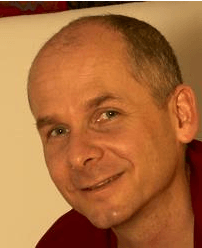 Ven Fedor Stracke was born in 1967 in Germany and has been a Buddhist monk since 1988.

He has spent more than ten years in Sera Je Monastic University studying for the esteemed Geshe degree, which he is now close to attain. He was one of the founders and the first director of Sera Je IMI house, a complex especially built for the Western monks studying at the monastery.

Venerable Fedor has been teaching in FPMT centers since 1988 and from 1996 has also served as Tibetan interpreter for various FPMT and non-FPMT Geshes.

The Stages of the Path teachings are a compendium of all of the Buddha’s teachings, arranged in the sequence they are supposed to be practiced. It explains, among other things, how to generate renunciation, the compassionate mind of enlightenment, and the right view of emptiness, as well as how to train in the three higher trainings and practice the six perfections.

Essentially all the meditations needed to transform the ordinary mind into the enlightened mind of a Buddha, are mentioned.

The text used for this weekend is the Foundation of All Good Qualities by Lama Tsong Khapa, which is a glance meditation on the stages of the path. The days will be divided into teachings, meditation sessions and discussion.